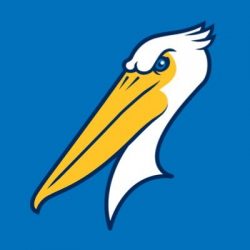 The Myrtle Beach Pelicans are pleased to announce their 2021 schedule.

The 120-game schedule, developed by Major League Baseball, will run from May 4 to September 19. The Pelicans’ home opener is scheduled for Tuesday, May 11 against the Augusta GreenJackets. The team will also host the GreenJackets beginning September 14 in the final home series of 2021.

The season features 20 series split evenly between home and road trips. Each series comprises six games for a total of 60 contests at TicketReturn.Com Field and 60 on the road. Additionally, every series will begin on Tuesday and end on Sunday with each Monday serving as a league-wide off-day.

The summer months continue to encompass the bulk of the Pelicans home schedule with 42 of the 60 contests played in June (14), July (16), and August (12). With only one exception, the Pelicans play at least one game per calendar week in the Grand Strand from June to August. Additionally, holiday home games for the Birds include July 3-4 and Labor Day weekend.

As the Pelicans transition into the new Minor League system they will largely face opponents from within the South Division which includes the Charleston RiverDogs (Tampa Bay Rays), Columbia Fireflies (Kansas City Royals), and Augusta GreenJackets. 2021 travel will be regionalized as an added layer of player safety. For the first time in franchise history, the Pelicans are in a league that includes other teams from South Carolina. New in-state rivals the RiverDogs, Fireflies, and GreenJackets will surely bring an added level of excitement.