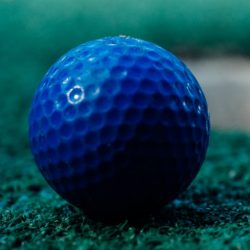 Professor Hacker’s Dinosaur Adventure Golf’s story adventure is based on the noted explorer, archaeologist, anthropologist, paleontologist, and part-time taxidermist from the University of Chicago, Professor Duffer A. Hacker, also had a love for hot air balloons. During a recreational flight with a friend in 1930, the two found themselves caught in a storm that blew them miles off course. The voyagers finally crash-landed in a canyon which they soon discovered was inhabited by creatures thought to be extinct….DINOSAURS! Professor Hacker immediately discovered the coordinates of his location and sent for his ship, the R.S. Jurassic Explorer. While waiting for his ship, the professor decided to explore the area. When he came back to the area where the ship was supposed to be, he discovered that the ship had been beached on some rocks. Follow Professor Hacker and putt your way through the jungle and around waterfalls as he explores a land thought to be lost. We hope you enjoy this North Myrtle Beach mini golf course!